Can Hypnosis Cause A Psychotic Episode? 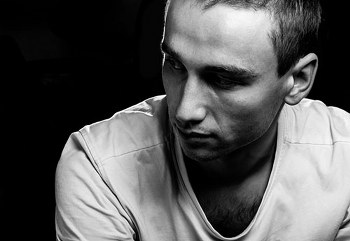 Some potential clients who are dealing with mental illness often ask me ‘can hypnosis cause psychosis?’ It’s a very real concern, which is why if you’re suffering from any kind of psychotic illness, you should do your research before considering hypnotherapy. It’s important to understand the difference between a condition that is organic, or physiological in origin, and one that is psychologically based.

Psychosis can best be described as a mental disorder where a person loses the capacity to tell what’s real from what isn’t. A person affected with psychosis might believe things that aren’t real and/or become confused and behave erratically. Symptoms include agitated behaviour, hallucinations and disordered behaviour. It can occur as part of other mental illnesses, and in some cases, can be difficult to diagnose. Some examples of a psychotic illnesses include schizophrenia, schizoaffective disorder or bipolar affective disorder. There’s some evidence that suggests that there may be a genetic predisposition to psychotic illnesses, but you cannot ‘catch’ it from another person. People often mistakenly believe that those suffering from psychotic illnesses are violent or dangerous, but sadly, they’re more likely to hurt themselves than anyone else.

How Is Psychosis Treated?

A psychotic illness can’t be treated with willpower, alternative therapies, diet or supplements. It’s not caused by negative beliefs, past trauma or ‘weak mindedness’, and must be treated by a medical professional. Treatments for psychosis include antipsychotic medication, specialist psychological therapies and community support programs. Some people with mental illnesses look for alternative treatments to support them in other areas of life; for example dealing with anxiety, increasing confidence or other issues, and this is perfectly appropriate, provided they get clearance from a psychiatrist or medical professional.

Can You Use Hypnotherapy To Treat Psychosis?

This is an interesting question, and one I get asked a lot. And the answer is no. As I’ve said before in many other articles, illnesses that are physiological in origin will not respond to hypnosis. That is, hypnosis cannot make changes to your brain chemistry, your hormones or any other physical system. In this article I mention that you should avoid hypnosis if you’re currently having psychotic episodes, or if you have been diagnosed with schizophrenia. Having said that, I have made some exceptions over the years with certain cases where clients have been diagnosed with bipolar disorder or schizophrenia and are stabilised on their medication. If you’re being treated for psychosis, it’s crucial that you’re honest with your hypnotherapist so she can make a sound judgement call based on the information provided, because hypnosis can trigger psychotic episodes in those who are not stabilized on medication.

How To Choose a Hypnotherapist

Hypnosis can be appropriate for many conditions, but you should always work very closely with your psychiatrist or GP and get clearance first. After that, do your research. Make sure you choose a qualified hypnotherapist who has been operating for at least 5 years. Personally, I would not work with a client who is morbidly depressed, agitated or suicidal, nor would I work with a client with a history of mental illness who is not stabilized on medication. In this instance, although it is rare, hypnosis could be dangerous. So…can hypnosis cause psychosis in a person with a history of mental illness? In rare cases, when the client is highly agitated and not stabilised on medication, then yes it can happen. If you’re considering working with a hypnotherapist and you have a mental illness, please be sure to get clearance from your doctor first.
Call Us Now