I Don’t Believe In Hypnosis – Will It Still Work? 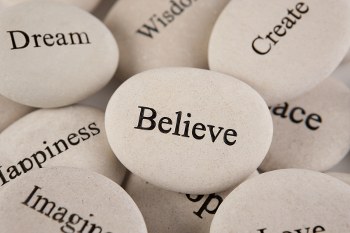 “I have to warn you: I don’t believe in hypnosis”, said Dan, who had called me enquiring about quitting smoking. “I’m not into all that airy fairy stuff, but I’m getting desperate and I’m willing to give anything a try”. “Great!”, I said. “When would you like to come in?”

Dan’s warning didn’t faze me in the slightest, because belief in hypnosis is not required. All you have to do is keep an open mind and be willing to trust the process.

On the other hand there’s a big difference between being sceptical of something and being afraid of it. If you’re considering having hypnotherapy, you should be honest with yourself and your potential therapist about your reservations.

Give your therapist the opportunity to explain the procedure in detail so she can address all of your concerns and put your mind at ease.


Relax And Enjoy It

Almost everybody who comes to see me for the first time is a little nervous; that’s perfectly okay; but if you are too agitated to relax then you won’t be in the right frame of mind to work with a hypnotherapist. You should never undergo hypnosis if:


Sometimes people get sent to me by well-meaning partners or family members. If I’m not 100% sure the client is on board, I will not consult with them.

There are a lot of false beliefs about hypnosis and most people tend to believe what the media says about it, especially the sensationalised stories of people supposedly being made to do all kinds of crazy things while in trance.

Don’t be fooled by mass opinions. Do your own research and make an informed decision based on scientific evidence that is readily available.


Don’t Do It If You Feel Pushed Into It One day, a woman called me feeling very stressed about her 17 year old son’s anxiety. He wasn’t eating, refused to attend school and was withdrawing from life.

After a long conversation with me, she booked her son in. Since anybody under the age of 18 requires parental consent, she came along to her son’s appointment.

As soon as they arrived and we sat down together, I just knew something was wrong. The woman’s son didn’t just look stressed; he was clearly angry about something.

As I asked him questions, he either refused to answer or only gave me one worded answers. Eventually, I asked him: ‘Do you want to be here?’ and he said ‘No’.

Since the woman’s son had been brought to see me against his will, and was clearly not a good candidate for hypnotherapy. I thanked both of them for their time and ended the session.

If you’ve got something you really need help with and nothing else you’ve tried has worked but you’re thinking ‘I don’t believe in hypnosis so what’s the point?’, it’s okay.

As long as you’re willing to try, you will likely find that not only will you benefit from the experience, but you will also become a true believer in the power of your subconscious mind. In the meantime, if you have any questions or concerns…you know where I am.