4 Beliefs That Stop You From Being Rich 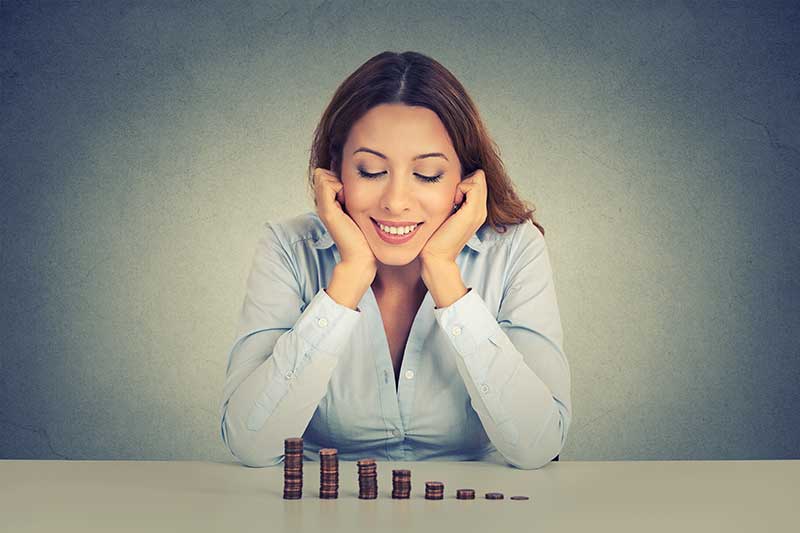 I don’t think there’s a person on the planet who doesn’t want to know how to become wealthy. But with so many people struggling to make ends meet it can be easy to throw in the towel.

Obviously there are practical things you can do to manage your finances such as paying off your mortgage, living within your means and not buying anything on credit.

There are a million money websites out there that will show you how to do all of this. But what if you know what you should be doing but just can’t, or won’t do it? I’d suggest if this is the case you’ve probably got some pretty destructive beliefs around attracting and having money that need to be investigated.

If you’re not aware of just how important your subconscious beliefs are in making or breaking your success, this article explains everything. In the meantime, see if you can recognise yourself in the four most common beliefs that keep people stuck in a poverty mindset. Do you think wealthy people are lucky? Maybe some of them are, but that’s not why they have money. They have money because they believe that can have money and that they can be successful.

Like all good things, your goals and dreams require dedication. It’s not enough to just want something and hope you’ll get it.

Wealthy people have dreams, set goals, are willing to fail over and over again and they never give up. That has nothing to do with luck.


TWO: I Don’t Deserve To Be Wealthy

If you don’t deserve to be wealthy, then who does? The bloke down the road? This belief is a killer because it makes you feel guilty for wanting something you deserve as much as the next person.

Wealthy people aren’t any more virtuous than you. They get where they want to go because it never occurs to them that they don’t deserve to be wealthy. They claim what is rightfully theirs and so should you.

Firstly, there are several kinds of ‘smart’ in this world. Secondly, academic achievement isn’t the be all and end all. You may be confusing intelligence with education – or you may just be plain wrong about how smart or dumb you really are.

Whatever the case if you want to succeed, you have to let go of the notion that you don’t have what it takes to do so. A qualified hypnotherapist can help you find what is holding you back and let it all go. If you think you’re not smart enough to be successful, let it go now. Bill Gates, Mark Zuckerberg and Steve Jobs all left school early. Say no more.


FOUR: Life Is A Struggle

There’s no doubt about it – life isn’t easy sometimes. If you’re human you will experience dissatisfaction, sometimes on a daily basis; and that’s normal. You will also experience great happiness and joy.

But if you believe life is a struggle you WILL struggle more than the average person. Your subconscious mind brings into your awareness everything that supports your beliefs to the exclusion of everything else.

So pay attention to what you’re thinking – and change your thinking. Knowing how to become wealthy is one thing; having the courage and conviction to actually make that happen requires a strong mindset.

If you think your beliefs are holding you back my attract money hypnosis MP3 download will help you get underneath the surface and find out what is stopping you from having what you want. For one-on-one abundance and prosperity work you can get in touch with me on my contact page.