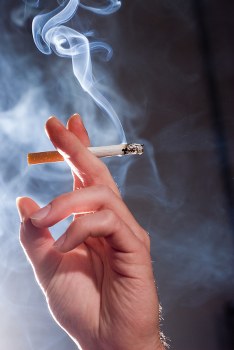 Why do people actually smoke? When you think about it, nobody in their right mind would take up a habit that has been proven to cause lung cancer.

The thing is though, most people initially start smoking as a result of peer pressure. If your friends and classmates are doing it, there can be a very strong pull to join in.

Beyond that, people tend to believe they’re addicted, and that they have no real control. When I ask my clients to come up with an answer to the question:‘I can’t quit smoking because:’, I get some very interesting answers, which I’ll share with you now:

ONE: Smoking Helps Me Bond

Do you remember your first cigarette behind the bike shed with your besties? It’s not uncommon for adults to also feel that sense of camaraderie with others who smoke as well.

One of my clients told me that at the end of the day, she and her husband sit outside away from the kids, share a smoke and talk about their day.

The fear of losing that closeness with loved ones can often deter would-be quitters and keep them addicted to cigarettes.

2. Smoking is My Only Way To Relax

Most of my clients are anxiety smokers; that is, they smoke to fill a deeper need. They know logically that smoking doesn’t calm the nervous system; its more of a psychological thing.

The belief that ‘smoking helps me relax’ is the most common one I come across when I’m diagnosing my clients’ obstacles to quitting.

You know when you’re deep in thought, trying to figure something out and no matter how hard you try, you just can’t find the answer?

Then you step away from your office, light up a smoke…and like magic, the answer comes to you! Of course, it wasn’t the cigarette that actually helped you solve the problem; it was stepping away from the problem and taking a break.

4. Smoking Is My Only Way To Get A Break

The culture of many organisations is such that, if you take a break from work, you’re slacking off. So, many smokers feel fine about stepping outside to have a smoke, because it gives them an excuse to take a break.

If you want to quit smoking for good, you have to lose the guilt about taking breaks and take one anyway; if you don’t, your subconscious will hang onto the habit as a way of protecting you.

5. Smoking Is My Special Friend

Some of my clients have been smoking for so long that they honestly see the habit as a kind of ‘old friend’, who has been there for them through good times and bad.

Strange as it sounds, this is quite common. Still, with a bit of insight you can recognise this for what it is…and old belief.

Got a few minutes to wait between appointments? Why not have a ciggie to fill in the time? Boredom is actually quite a stressful emotion and most people would do anything to avoid it; even risk their lives by continuing to smoke.

7. Smoking is My Reward

When you have a whole lot of tasks to get done and you start to tick them off the list, having a cigarette in between acts as a kind of reward, IE: ‘I’ve done that…now I can have a cigarette.’

Same deal as above; when there’s a big job you’re working up to get done, having a cigarette can serve as a way to procrastinate, IE: ‘I’ll just have a cigarette, then I’ll do that.’

9. Smoking Keeps My Weight Down

Many people who quit smoking fear they’ll gain weight. Yet there is no real evidence that smoking has any significant on your metabolism; so, if you eat the same amount after you quit smoking as before, you should not gain weight.

The problem is, many anxiety smokers don’t address the root cause of their habit, so often they replace one addiction (smoking) with another (food).

Last but not least, some people just plain like smoking so much they can’t even imagine quitting. If this is you, there might be a subconscious belief that’s keeping you stuck.

A belief is just a thought you keep thinking, and with the help of a qualified clinical hypnotherapist, you can get rid of the ones that aren’t working for you.

Most of the reasons I’ve listed above can be addressed with hypnosis, because they are beliefs. The number one reason why most people smoking is because they don’t think they have the willpower to overcome the cravings.

But scratch below the surface and you’ll see a myriad of beliefs and thought patterns that are contributing to the problem. These can be removed to create an easy and quick path to becoming a non-smoker for good.