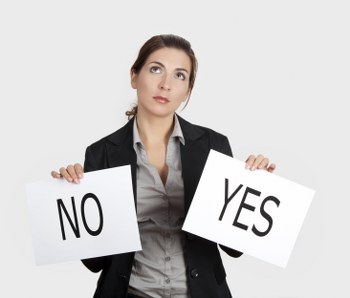 Lots of people struggle with procrastinating, wasting time and letting their dream life fall by the wayside, so it’s no wonder hypnosis for motivation in Melbourne is becoming so popular.

You’d think that if you wanted to do something, you’d just go ahead and do it…right? Well, it’s not always that simple.

Some people never get to the gym, no matter how many good intentions they have. Others can’t bring themselves to update their resume so they can finally leave that job they hate.

When you can’t ‘make’ yourself do what needs to be done, it’s highly frustrating, and often leads to feelings of hopelessness or depression. These negative emotions feed the cycle of self-sabotage and make the problem worse.

Hypnosis for motivation and success is the key to removing the obstacles that are holding you back from your deepest desires.

Procrastination: The Enemy of Motivation

In our first meeting, my client Helen was feeling very depressed and alone. Getting out of bed was impossible most mornings, much less going to work and completing all the jobs at home that were piling up around her.

She said: ‘It’s so frustrating! Whenever I get a moment to myself, all I do is lie around watching Netflix!’. I asked her: ‘What is it you think you should be doing instead?’

Well, as you can imagine, there was no end to the list of things Helen thought she ‘should’ be doing…and that was the problem. See, Helen was so busy hating where she was that she couldn’t see a clear path to where she wanted to be.

As a professional consulting hypnotherapist, one thing I’ve learnt is that the cause of procrastination can be complex and varied.

Why Can’t You Motivate Yourself?

When most people think of the word ‘motivation’, they associate it with ‘getting it done, no matter what’. They beat themselves up and say things like: ‘I just have to get on with it’, or ‘I’m just being lazy’.

But laziness is just a symptom, and the cause is what we really need to understand here. One thing is for sure; bullying yourself only makes things worse.

Helen was her own worst enemy; the self-loathing was obvious as she ranted and raved about how ‘useless’ she was. So, here’s what I said to her…:‘Your only homework this week is to watch Netflix…and have a great time doing it.’

Why? Because procrastination was a symptom of other, much deeper stuff. What Helen really needed to do was to give herself a break, accept where she was and stop beating herself up about it.

The Two Causes Of Procrastination

When you’re avoiding important tasks, sabotaging yourself and putting obstacles in your own way, there are almost always two elements at play;

When people feel overwhelmed, often it’s because they have too many balls in the air. Sometimes they’ve been conditioned from an early age to put other people before themselves at all times.

That, along with a feeling of not being good enough and being terrified of failure, leads to stagnancy. In Helen’s first session, I did lots of work on her self-esteem and her ability to set boundaries, say no when she needed to and put herself first.

When she returned for her second session, she was beaming from ear to ear. Interestingly enough that week, she’d had no interest in Netflix whatsoever, because she was actually inspired to make a start on her to-do list.

Instead of trying to make herself do stuff, she concentrated on feeling good, being nice to herself and allowing the inspiration for action to come naturally to her; and it worked.

When I work with you to increase your motivation, I have three goals:

Baby steps then turn to big strides, then giant leaps. The key to creating the life you desire is first and foremost to retrain your mind and remove the old unwanted programming that keeps you stuck.

If you’d like to know more about hypnosis for motivation in Melbourne, contact me here for a free 15-minute consultation.