Why Didn’t Hypnosis Work For Me The Second Time? 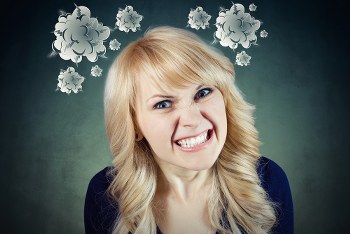 “Why didn’t hypnosis work for me the second time?” My client Sharon asked. Sharon went to see a hypnotherapist 10 years ago and stopped smoking after just one session.

Then 6 years after that, she split with her husband and took up smoking again. Sharon went back to see the same hypnotherapist and, despite having 3 sessions, the therapy didn’t work.

Generally speaking, if a person has had hypnosis before and had success, they are considered to be a good candidate.

So why do I get so many clients telling Sharon’s story? In my experience there are two possible scenarios that contribute to the problem:


ONE: The Hypnotherapist Didn’t Change Her Approach Many hypnotherapists read from generic scripts which contain suggestions for specific outcomes such as quitting smoking or weight loss.

The problem with these kinds of scripts is that they are just that: generic. This is all well and good if your problem or symptoms are perpetuated simply by habit alone; for example, you smoke just because you have always smoked.

In these situations this kind of therapy may be successful nine times out of ten. Still, in the event that the therapy does not achieve the desired outcome then there is no point repeating the same therapy the second time around.

That is to say, if the therapy didn’t work the first time, it won’t work the second time; your therapist has to think outside the square and try another approach.


TWO: The Circumstances Causing The Problem Have Changed

If we come back to my client Sharon, we will see why one approach may work at one point and then be inappropriate at a later time in the client’s life.

When Sharon first quit smoking 10 years ago, she was what I would call a ‘habit smoker’. She had begun smoking in her teens as a way to socialise and bond with her peers.

The occasional cigarette became an everyday habit and before she knew it, she was smoking a pack a day. Quitting smoking was easy the first time around for Sharon because she wasn’t using smoking to help her relax or to fill a deeper need.

Fast forward to 6 years later. Sharon was confused, lonely and frightened. Cigarettes became her security blanket; like an old friend she could count on when no-one else was around.

For this reason, applying original approach (3 times in a row) only served to frustrate Sharon and jeopardise the reputation of her therapist.


Treat The Cause And Eliminate The Symptoms

The work I did with Sharon certainly included some generic treatment of her symptoms; but in reality, the deeper need that was being filled by the smoking needed to be addressed, so that is what we did.

It took three sessions, but Sharon finally quit smoking for good and at the same time, healed from the trauma of a broken relationship.

Hypnosis may not work the second time around not because you have become ‘immune’ to hypnosis, but because your circumstances have changed and therefore a different approach is required. If you would like to remove a bad habit from your life call me and set up an appointment here.