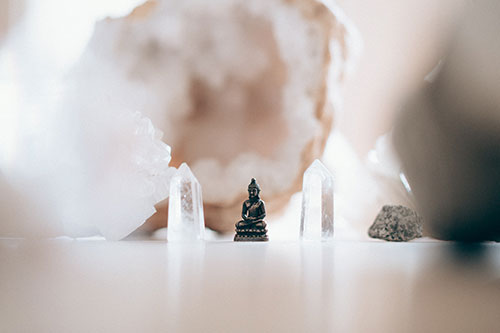 Many people throughout the world look to spiritual ‘gurus’ to give them the answers to life’s conundrums, and I’m no exception.

While I would never advocate blindly deferring to another person’s opinion over my own, I think there are some fantastic influencers out there that have a lot of good things to say.

Each person is on their own path, so one teacher’s message may resonate with me, while somebody else may be completely turned off by it.

Teachers are there to offer guidance and insights which make you stop and think about things from a different perspective.

Regardless of who you decide to read about or follow, it’s important to understand that you are your own best teacher. The best spiritual teachers are the ones who say: ‘Don’t take my word for it. Try this for yourself and make up your own mind.’

If you’re looking for a little guidance in your life, I’ve made a list of 5 spiritual teachers who have had the greatest influence on my life. This list isn’t in any particular order or ranking. As always, take what works for you and leave the rest.

‘Abraham’ has been described as a group consciousness from the non-physical dimension. Esther Hicks uses channelling to receive the messages of Abraham and communicate these messages to the world through books, workshops and seminars.

When Esther Hicks relaxes her mind, she received blocks of understanding from Abraham, which she translates into words.

If it sounds a bit too ‘woo-woo’ to be true, just give it a chance. There are many free videos on Youtube that contain snippets of her workshops and if you’re interested in the Law of Attraction, I believe she gives the best explanation and instructions I’ve ever heard.

I’ve read many of her books, but it was only when I heard her speak that I really started to understand her concepts more deeply. You can access their work on this site:

Eckhart Tolle is a spiritual teacher who, at the age of 29, after an intense period of depression, anxiety and suicidal ideation, experienced a spontaneous enlightenment which changed his life forever.

While he didn’t immediately understand what had happened to him, he eventually learned that had experienced the same state of enlightenment as the Buddha.

He went on to write two very well-known books: “The Power of Now” and “The New Earth”. I was given the second book from a friend and loved it. I also read the first book, which I believe is the most popular one, but I didn’t like it as much.

There aren’t that many free talks on the internet from Eckhart Tolle, which is a shame. You can access his website here: