Should I Stay or Go? When it’s Time to Move On From a Relationship It’s not uncommon for people to ask me to help them to get over a relationship. Some people mistakenly believe a hypnotherapist can ‘erase’ the other person from their memory, but this could not be further from the truth.

That said, hypnosis Melbourne is an incredibly effective tool in helping people move on from broken relationships, because it allows you to change negative behaviour patterns and mindset blocks that stop you from healing.

Nobody can simply hit an ‘off switch’, where they never think about the other person again. Sometimes, moving on from a relationship takes time – and sometimes the relationship isn’t over, when you thought it was.

There just isn’t a one-size-fits-all answer as to when is the right time to walk away, but with a little self-discovery you can find the answer that works best for you.


Patience is the Key 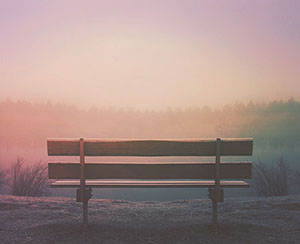 When you’re caught up in grief and loneliness, it’s understandable that you want the pain to go away as quickly as possible.

Unfortunately, there’s no set time limit and the only way around it is through it.

The grieving process is non-linear – that means one day, you may be feeling strong and optimistic, whereas the next day you might fall in a heap and feel like it’s never going to get better.

It will get better…but it takes time.

It’s okay to still care about your ex; but as you begin to heal, you’ll find you won’t need or want to be near them as much.

As time goes by, memories soften. If you were in a toxic relationship where it has damaged you emotionally, it may be worth doing some work with a therapist to help you process the hurt and remove old baggage that may be holding you back.

Generally speaking, there are two main reasons why people find it hard to move on from an old relationship:


ONE: The Relationship Is Not Over 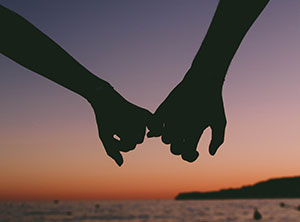 In a scenario where no matter how hard you try to distance yourself from another person, it doesn’t work, this could be an indication that the relationship is not over.

I once had a client whose 20-year marriage ended quite suddenly, due to infidelity. She initially came to see me because she wanted to get over her ex, yet she instinctively knew she wasn’t quite ready to let go. Her husband had never cheated before, and it was a one-off event.

He agreed to have counselling and work with me not only to process the reasons why he had strayed in the first place, but to make sure it didn’t happen again. This, along with regular couples counselling sessions, allowed them to resolve their issues and move forward in the relationship together.

Sometimes, especially where there are kids involved, it’s worthwhile to do counselling to resolve the issues. This can be successful if there is goodwill between the two parties, and if both parties are willing to take responsibility for their part in the equation.

There are always two sides to every story, and in my experience if one partner says: ‘it’s all his/her problem’, there is very little chance of reconciliation.


TWO: There is Unresolved Emotional Baggage 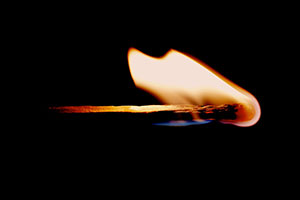 The second reason why people often can’t let go of a relationship is often a little harder to recognise.

For example, you may think the other person is your ‘soulmate’, even though he treats you badly.

My client Clara had been in a 5 year emotionally and physically abusive relationship. She had tried to leave many times, but always ended up going back to her partner, even though nothing had changed in the relationship.

Due to the emotional abuse, Clara developed some destructive subconscious beliefs that kept her stuck. She believed she was worthless, ugly and stupid.

She believed she could not survive on her own, and that being in an unhappy relationship was better than being alone.

She also believed that she didn’t deserve to be treated kindly, and that nobody else (apart from her partner) would ever love her. During her hypnosis sessions, we did a lot of work to remove these negative beliefs and helped Clara gain a new sense of self-esteem and autonomy.

This, along with ceasing contact from her ex, allowed her to slowly and surely remove herself from her self-imposed prison, and eventually she started dating again.


How Soon is Too Soon?

Sometimes people would do anything to avoid the pain of a break-up and they jump into a new relationship as a way to mask the pain.

This can be a slippery slope. Unless you’ve done the emotional work to heal, you may take your old problems into the new relationship and end up back where you started anyway.

There is no definitive timeline for moving on, but healing from a heartbreak can takes some time. It’s about processing the grief, accepting what you can’t control and rebuilding your internal resilience so you can move onto the next relationship when you’re ready.

Sometimes it’s helpful to work with a qualified professional to get counselling and gain clarity on the situation. A second opinion can be invaluable when you can’t see the forest for the trees. Either way, you can work through the painful feelings and come through with flying colours.