How To Heal After The End Of Your Marriage

If you’re dealing with heartbreak you may be wondering how to heal after the end of your marriage or relationship. It’s a question I get asked a lot so I thought I’d share a case history of a woman named Gillian whose 25 year marriage ended after her husband had an affair. Suffice to say Gillian was devastated. Not only did her husband leave her shell shocked, but she later discovered he had been carrying on several affairs behind her back for years. ‘I feel like such an idiot. How did I not see this coming??’ she said. This is a common reaction from people who have been cheated on. They feel that somehow they are to blame for the situation; that they should have known. Yet some people will go to great lengths to cover up their transgressions and just because someone else chooses to be dishonest it doesn’t make you ‘bad’ or ‘wrong’ to give them the benefit of the doubt. After all if you can’t have faith in your significant other who can you have faith in?

Step One: Clear Out The Baggage 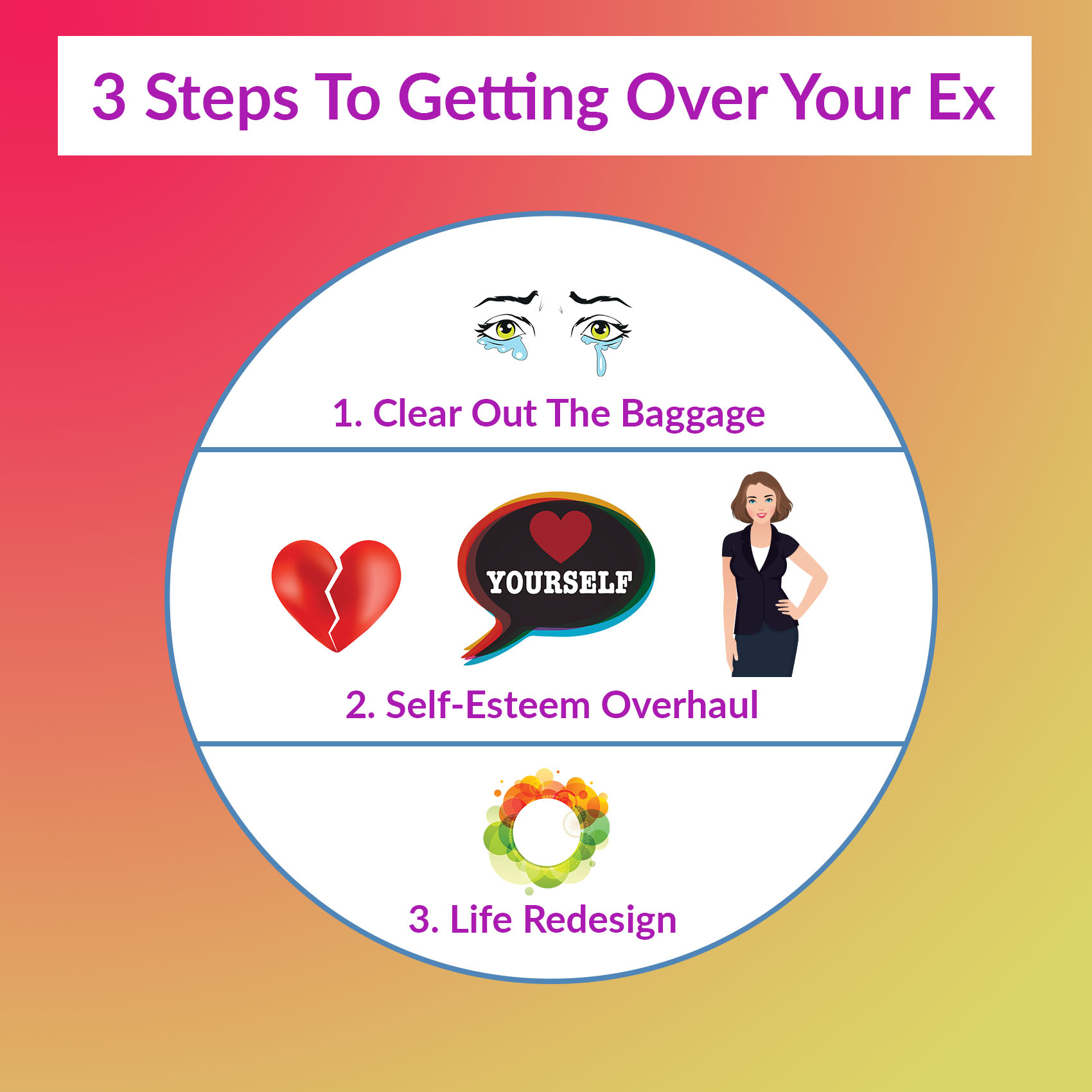 The first step in helping Gillian heal was to get into the subconscious mind and clear out all the hurt, resentment and negative beliefs that she had taken on as the result of this experience. Before we worked together, Gillian had been taking on her husband’s behaviour as being somehow her responsibility; where in actual fact his behaviour had absolutely nothing to do with her. Therefore there was no need for her to hold onto what was ultimately only hurting her. Let me be clear; this was not about absolving her ex of all he had done; rather it was about Gillian affirming to her subconscious that she was no longer willing to let this weigh her down and stop her from moving on.

As you can well imagine, Gillian’s self-esteem had taken a hiding. For 25 years she had devoted her life to looking after her husband and raising kids. Now that this was gone (the kids had grown up and left home), Gillian had lost sight of who she was. Slowly but surely she began to heal and rebuild her self-esteem so she could explore her own potential. A key element in this process involved removing the beliefs she had developed about herself (IE: It’s all my fault, I’m unlovable) as a result of this experience.

Once Gillian started to come back into a sense of herself, it was time to rediscover what she really wanted out of life. This meant putting herself first (something she had never done) and paying close attention to her own values, needs and aspirations. Gillian had never before dared to have her own dreams; this was a totally new experience for her! I made sure Gillian didn’t rush herself; the incessant need to be doing something all the time had somewhat numbed her to life so she really had to learn to slow down and be okay with herself in the here and now. It took some time, but with perseverance she made it through the other end and came out a stronger person for it. There were a few hiccups along the way, but Gillian learnt how to keep getting back up no matter what. If you want to know how to heal after the end of your marriage, take a leaf out of Gillian’s book and allow yourself the time and space to get through this in your own time. Call or email me if you would like help with this process.